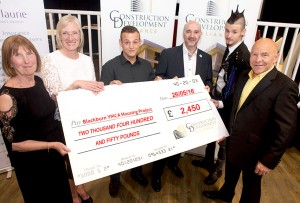 The Construction Development Alliance (CDA) is pleased to announce the official launch of its annual awards 2018, developed to support the growth of young people and the future of the property and construction industry in the North West.

The CDA is calling for nominations for it’s 2018 Young Professional Construction Awards to be held in May at Burnley Mechanics Theatre.

The event has been a resounding success, in previous years when the 2014 Awards were hosted by George Clark, of TV series Restoration man and Amazing Spaces and in 2016 when hosted by Dominic Littlewood of TV series Cowboy Builders